5 Reasons You Should Consider Moving to North Dakota

- May 18, 2018
North Dakota may be considered a fly-over state, but is the title deserved? Let’s find out.
North Dakota has a booming small business environment. Fargo, North Dakota is routinely voted as one of the best places to start a business by Forbes.com. While much of the economic success can be attributed to the Bakken shale formation in the western portion of the state, there are areas in North Dakota such as Fargo that are proving the state is more than just a frack zone. Businesses in the down town areas of the more populous cities of North Dakota including Bismarck, Fargo, Minot, and Grand Forks are all boasting great success as these areas are renovated and brought back to life. Fargo, thanks to companies like the Kilbourne Group, has undergone a major revitalization, and business in the downtown area has been booming.
The Fargo metro area has had solid job growth for the past 5 years at 1.8% annually, and unemployment was at only 3%.
In Bismarck, North Dakota, the member business of downtown routinely hold events such as street fairs. One event unique to the Bismarck area is the “Downtowners German Days” festival, where member businesses interact with the community, but with a German flare to it all. Other events in the Bismarck downtown include the Downtowners Art and Wine Walk, Small Business Saturday Neighborhood Event, and much more.
2. North Dakota has some of the most beautiful sunsets. While many may dislike the rather flat nature of the State (excluding the far western portion), North Dakotans know that because of the flat terrain, they are able to experience some of the best sunsets in the entire United States.
3. The Medora Musical. The Medora Musical as self-described, is the rootin’-tootinest, boot-scootinest show in all the west. The musical is set in the outdoor splendor of the North Dakota Badlands, and takes place not too far from the cattle ranch owned by the very person the musical is dedicated to, the 26th President of the United States, Teddy Roosevelt. Pricing is very modest, and kids and adults alike are sure to have a blast at the historical musical.
4. The booming energy sector.
One would be amiss to talk about North Dakota these days without making some mention to its booming energy sector, located in the Bakken shale play on the western side of the state. While this is certainly not the first oil boom to hit the state, city officials and businesses have been much more careful this time around to not over expand and fall victim to the boom and bust cycle. This careful planning is what has allowed people from all over the United States to choose North Dakota as the place to relocate their families, and enjoy the incredible wages provided by a fast-paced, energy driven economy. With U.S crude prices back up by nearly 20%, the area, as well as the wages, are picking back up.
5. North Dakota’s Rich history.
North Dakota has a very rich history. Pow Wows and other Native American events can still be found all over the state, hosted by a plethora of different tribes that inhabit the state.
The famous American explorers Lewis and Clark reportedly spent most of their time during their expedition in North Dakota. The famous Native American woman Sacagawea (Sakakawea) who assisted Lewis and Clark with their expedition was originally from the North Dakota area. Arguably, because of the coordination between Sacagawea and the members of the expedition, some of the most important intercultural advancements between the two groups of peoples were made. Sacagawea helped establish cultural contacts with Native American populations, and contributed immensely to natural history by helping the members of the expedition study plants and wildlife.
North Dakota also boasts a tremendously rich history of German and Scandinavian settlers. These settlers from Northern Europe arrived in the late 1800s and brought with them a demeanor nearly immune to hardships, and a hard work ethic. To this day, North Dakota residents celebrate that legacy of northern European settlers with heritage centers such as the Germans from Russia heritage Museum in Bismarck and its sister location at the college at North Dakota State University, and the Hjemkomst Scandinavian museum in the greater Fargo-Moorhead area. In addition to the many museums celebrating the history of the European settlers, the state hosts the biggest Scandinavian festival in the entire United States that attracts visitors from all over the world, the Hostfest in Minot, North Dakota.
From the Native Americans who still host a variety of events that celebrate their vibrant culture, to the European settlers who arrived to homestead in the late 19th century, there is truly some history here to interest everyone.
Bryce Boepple is a Finance student and fitness enthusiast living in Fargo, North Dakota
Bryce Boepple Fargo North Dakota Germans heritage medium article Medora Native Americans Scandinavians
Location: Fargo, ND, USA

Popular posts from this blog 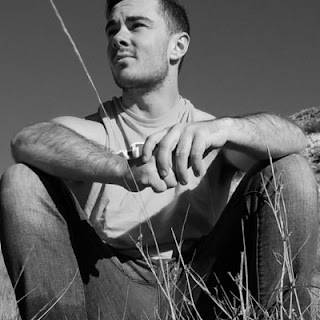 Bryce Boepple is a finance student, fitness enthusiast, and sponsored obstacle course racer.  Bryce Boepple enjoys being able to work and interact with diverse groups of people. Www.bryceboepple.com is Bryce Boepple’s personal blog and landing page and has links to his social media accounts as well as his resume. Bryce Boepple has participated in multiple obstacle course races across the country including states such as Montana, North Dakota, Nebraska, and Kansas. Bryce Boepple is pursuing a career in finance and wealth management or sales. Bryce Boepple can work very well both independently or with a team. Very motivated and am a self-starter. Bryce Boepple enjoys volunteering within his communities, and to date has volunteered at many places such as nursing homes, heritage centers doing translation work, and a food bank, where he packaged readymade meals and canned goods for local families in need. In the past, Bryce Boepple has worked in the North Dakota Bakken oil field
Read more 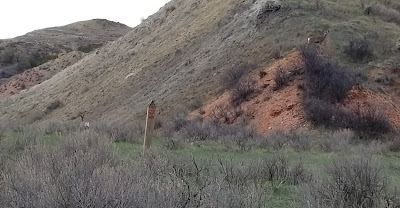 Bryce Boepple Journal – 5/1/2018             I had a great weekend going back home to Killdeer, North Dakota from Fargo this weekend. I saw my family and my dog, as well as many people from town. I went hiking, and in total I probably covered over 7 miles. Hopefully the hiking will prepare my joints and muscles for my upcoming Spartan race that is only 5 days away. While hiking, a massive thunderstorm ended up rolling through and I had to book it out of the badlands quickly before being overtaken by the storm. I took shelter under a rock that jutted out of a butte until the rain calmed down and the intense lightning passed. The hiking trip was a crazy, survivor-esque experience that time around. Hiking in the Badlands by Medora, North Dakota The Spartan Race will take place in Glacier Park, Montana, around the Whitefish/Kalispell area. I am still super excited, albeit a bit anxious. I do not think I am as prepared for the race as I was last year. Despite not being as prepared
Read more